Pub Fiction in Ancaster played host to a packed house on January 30th as Flat Track Canada held their third annual awards banquet. Along with recognizing the national winners in each class, the top three riders for each class at Paris Speedway were also given awards.
The venue for the event wasn’t the only difference on the night as for the first time in the series short existence, a new Open Expert champion was crowned. After two seasons of being on top, Don Taylor finally relinquished the crown as Doug Lawrence was able to grab his first Open Expert number one plate. Despite missing a round, Lawrence won three races and never finished off the podium on his march to grab the title. In taking the lion’s share of the year end purse, Lawrence thanked series president Aaron Hesmer for turning the national series from a “vision” into a top notch series in three short years. 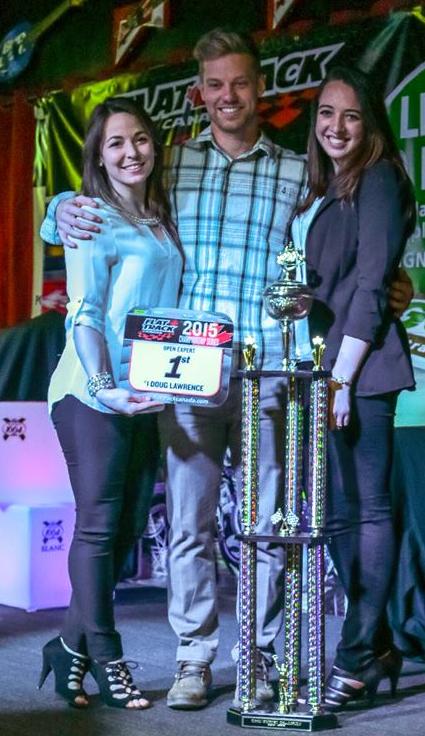 Photo by: David Dudley
While the top three in each class were given plaques, a few special awards were presented as well. Rookie of the Year went to Bruce Martin while his travelling companion Mack Willms grabbed the title of Most Improved Rider. Rookie Expert Dave Pouliot was the winner of the Rising Star award while Cody Marentette took the hardware for Most Promising. These riders all received unique trophies crafted by Jerrett Bellamy of MOTO-cycle Metal Works. 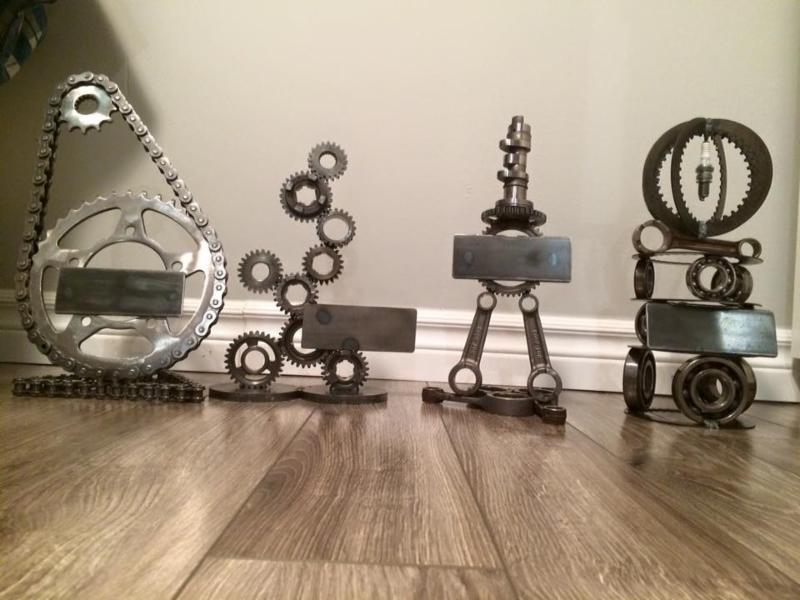 Photo by: Moto-cycle Metal Works
After a season which saw both rider and spectator turnout increase dramatically, Hesmer promised that things will be bigger and better in 2016. In his speech, Hesmer focused on continued growth as the series adds new sponsors and new venues into the mix.
While a schedule has been set for the 2016 season, there could be a couple of dates added as well as the possibility of the Georgian Downs round being moved to the fall. Fans are asked to check www.flattrackcanada.com for updates and information.